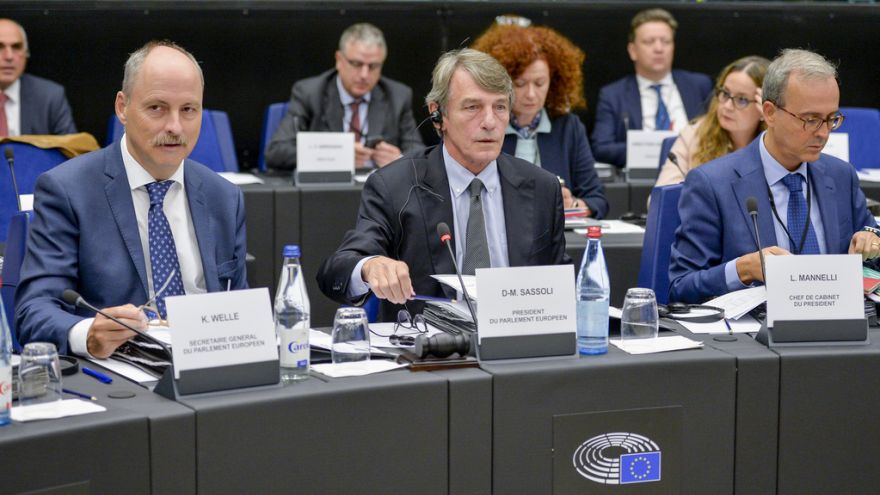 After the release of Oleg Sentsov, 2018 Sakharov Prize Laureate, the President of the European Parliament David Sassoli stated:

"It is with relief and profound joy that I learnt today about the release of Ukrainian filmmaker Oleg Sentsov. Sentsov received the European Parliament Sakharov Prize for Freedom of Thought in 2018. I salute him as a man of courage and determination, who resisted injustice with dignity and stood up for democracy, the rule of law and human rights.

Sentsov was released as part of an agreement between Russia and Ukraine on an exchange of groups of prisoners. We welcome this as a step in the right direction and a sign of decreasing tensions between the two countries.

I look forward to meeting Oleg Sentsov in person in the European Parliament soon and to be able to hand him the Sakharov Prize.”

Oleg Sentsov has been the most prominent Ukrainian political prisoner in Russia. In 2018, the imprisoned filmmaker went on a hunger strike for 145 days, demanding that Russia release all its Ukrainian political prisoners. In December 2018, the European Parliament awarded Sentsov the Sakharov Prize for Freedom of Thought, which honours individuals and groups of people who have dedicated their lives to the defence of human rights.

In several of its resolutions, the European Parliament has repeatedly insisted on the immediate release of Oleg Sentsov, the 24 Ukrainian servicemen illegally detained on 25 November 2018 in the Kerch Strait, as well as of all Ukrainian citizens detained as political prisoners by the Russian Federation.