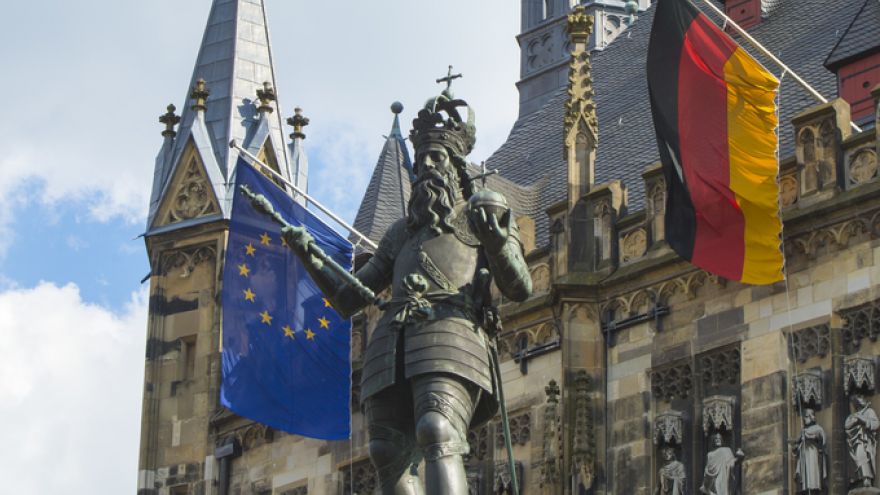 This year's Charlemagne Youth Prize goes to the Italian Europhonica IT project, a radio show where young people share their stories and views about Europe.

Awarding the prize on 28 May in Aachen, Germany, European Parliament Vice-President Rainer Wieland said: "Europhonica is the perfect example of how to bring European Union institutions closer to citizens, both contributing to their understanding of its functioning and improving the conditions for their civic participation".

Launched in 2008, the prize, jointly awarded by the European Parliament and the International Charlemagne Foundation, is open to initiatives run by young people aged 16 to 30 involved in projects helping to promote understanding between people from different European countries.

The 28 national project representatives each received a diploma and medal and will attend the award of the International Charlemagne Prize to UN Secretary-General António Guterres on 30 May. He will be honoured for being "an outstanding advocate for the European model of society".

The three laureates of the 2019 Charlemagne Youth Prize are:

Europhonica IT is a radio show that gives a voice to independent student and university media. The editorial team is composed of young people from France, Italy, Spain, Portugal, Greece and Germany and broadcasts monthly from the European Parliament in Strasbourg.

The Your European Citizenship project provides a relatable way for Finnish young people to learn about European cultures and the EU's decision-making process. In addition to lectures about the EU in schools, four international events brought together about 500 young people to discuss, debate and form opinions about current European topics. Participants also simulated the European Parliament decision-making.

The Muslims against Anti-Semitism pilot project aims to raise awareness  among young Muslims of anti-Semitism from a critical internal Muslim perspective. There were workshops with experts and meeting places for Muslims and Jews were created to promote a shared Austrian and European identity.