The 9th legislature of the European Parliament officially constituted 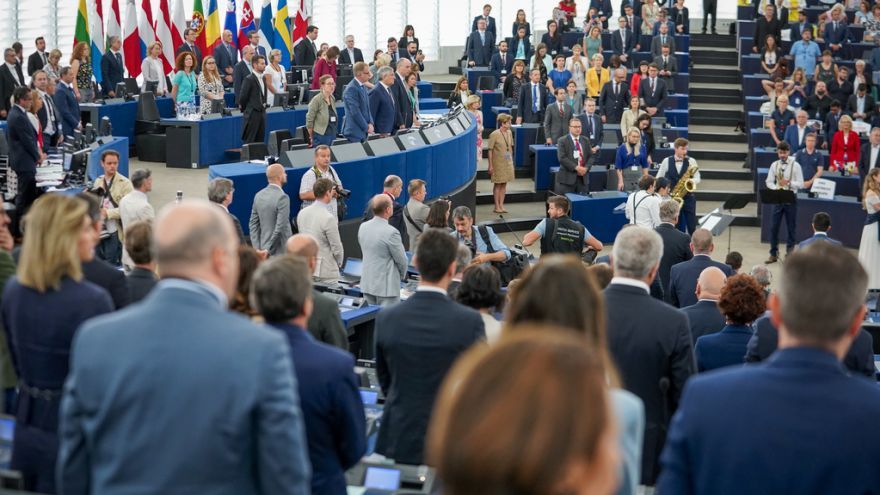 On Tuesday, the ninth European Parliament was officially formed. It began its works with seven political groups.

After the May European elections, the European Parliament (EP), underwent the biggest exchange of Members of the European Parliament (MEPs) in history. 61 percent of seats were won by people who never before served in this capacity. Additionally, there will be more women this time, as 40 percent of the body will consist of female MEPs, compared to 37 percent in the previous term.

The youngest MEP is the 21-years old Kira Marie Peter-Hansen from Denmark, while the oldest is the former Italian prime minister Silvio Berlusconi, who is 82-years old.
The new European Parliament consists of seven political groups, one less than during the previous term.  Starting from the largest, they are: Group of the European People's Party/Christian Democrats (EPP), which includes Polish members from Civic Platform and Polish People’s Party, Group of the Progressive Alliance of Socialists and Democrats (S&D), with Spring party (Wiosna) and Democratic Left Alliance members, as well as Group Renew Europe.

The first plenary session after the European elections was presided by Antonio Tajani, the outgoing EP president.

On Wednesday morning, the MEPs will elect the new President, who will hold this position for two and a half years. Despite the lack of resolutions concerning the nominations for the EU institutions’ highest positions, which are being discussed by the EU heads of states and governments during the longest summit in history, the EP informed that the president candidatures can be submitted only until 10 PM.

The president candidates are nominated by a political group or 1/20 of all the MEPs. The president is chosen in a secret ballot. To be elected, the candidate needs to receive the absolute majority of valid votes, which is 50 percent plus one vote.

After the new EP president assumes their duties, the Parliament will choose 14 vice-presidents on Wednesday and five quaestors on Thursday.

The vice-presidents and quaestors are also members of the EPs Bureau, a body responsible for the institution’s efficient functioning.
Still on Wednesday, the EP will vote on the standing committees and subcommittees composition.

On Thursday, on the other hand, the MEPs will discuss the results of the EU summit devoted primarily to the nominations for the EU institutions’ highest positions.